This is a love letter to Vince Gilligan, creator of the brilliant AMC hit series, "Breaking Bad." It was a show that astonished audiences with its mind-blowing premise, its genius visuals, its brilliant cast. It was, and still is, the gold standard for a TV series. Television as God meant it to be.

We all remember Walter White, the anti-hero in the series, a chemistry teacher who transmorgrifies from Mr. Chips to Scarface! But what intrigued me most was Walter's son, a boy handicapped with cerebral palsy, played by the heartbreakingly handsome R.J. Mitte, an actor who in real life has cerebral palsy, a neurological condition that affects muscle development, therefore control of the body's movements.

Vince Gilligan was a genius into introducing this physically handicapped character, Walter, Jr., whose inclusion in the series was groundbreaking on many levels, especially because his presence in almost every episode of "Breaking Bad" alerted audiences to the dearth - in fact, the near-absence - of physically and mentally challenged characters on television, in feature films, novels, and even live theatre. (Unless they are portrayed as villains, vampires, demented freaks.)

Watching weekly episodes of "Breaking Bad," I realized that when writers choose to omit such characters from our novels, we are inadvertently rendering the physically and mentally handicapped people of the world "invisible." We are consigning them to the shadows. And, thus, our stories suffer from that lack of richness and diversity.

"Breaking Bad" provided me with the impetus to finally write about my dear friend, Andre, a  handsome and talented man who happens to suffer from albinism (the preferred word to 'albino') and its attendant limited vision in one eye. Thus, was born Adam Fleming, the CIA intelligence operative in my new novel, THE SOUL AJAR. (Written with Andre's approval.)

Though the character is fictional, I labored to accurately portray the isolation of an albino child, the terrible fear of sun that scarred skin lacking pigment, the unspoken envy of snakes who shed their skin each year. And later, the adult years of albinism with the attendant loss of vision in one eye, the awareness of being an eternal 'outsider,' and the sense of being 'unworthy' of love.

Of course, Adam Fleming, is psychologically complex, but THE SOUL AJAR is a political thriller and a love story, not a clinical study. I leave that to the medical experts. Still, with the creation of his character I made a vow: to create more fictional characters in my novels who reflect the actual world we live in - a world enriched with beautiful, creative, ingenious, and loving humans who happen to be burdened with mental or physical challenges.

My hope is that more of my fellow writers will join me in that resolution. And I hope my readers will help us by recommending books they have read that portray such heroic characters. In researching THE SOUL AJAR I read many clinical books on albinism. Alas, there are not many fictional adult books on the subject. Maybe readers can recommend whatever books I missed.

One novel I did discover and  highly recommend is 'Ghost Boy,' by Ian Lawrence. A beautiful YA novel about a boy with albinism who runs off to join a circus!  It's available on Amazon, and was recommended to me by NOAH: The National Association for Albinism and Hypopigmentation. I thank them for their help and the information on their website.

Herewith, a scattering of other wonderful novels I recommend. Becoz of space I have only listed a few. But please write in your suggestions in the Comments space at the end of this posting.

1. FLOWERS FOR ALGERNON, Dan Keyes -  A mentally challenged man. A classic.
2. JEWEL, Brett Lott. -  A child with Down's Syndrome. Beautifully rendered.
3. HOUSE RULES, Jodi Picoult -  An autistic child. Another beauty!
4. FORREST GUMP, Winston Groom - A fantasy about an 'idiot savant.' But I loved it.
5. UNTO THE FEAST OF THESE, Alison Winfree Pickrell - A child with cerebral palsy.
6. DEN OF LIONS, same author - Asthmatic librarian and handicapped man. Wonderful!
7. ALL THE LIGHT WE CANNOT SEE, Anthony Doerr - Blind girl during WWII. Recent.

Again, please add your suggested books in the Comments space. And I will list them in a further blog. In closing, now and then remember to stop and look around. See who might need help. Hold out your hand.

Once more, A Big Shout Out to Vince Gilligan!

And I hope you enjoy THE SOUL AJAR.  (At Amazon.)
Happy Reading, and Alohas.   Kiana 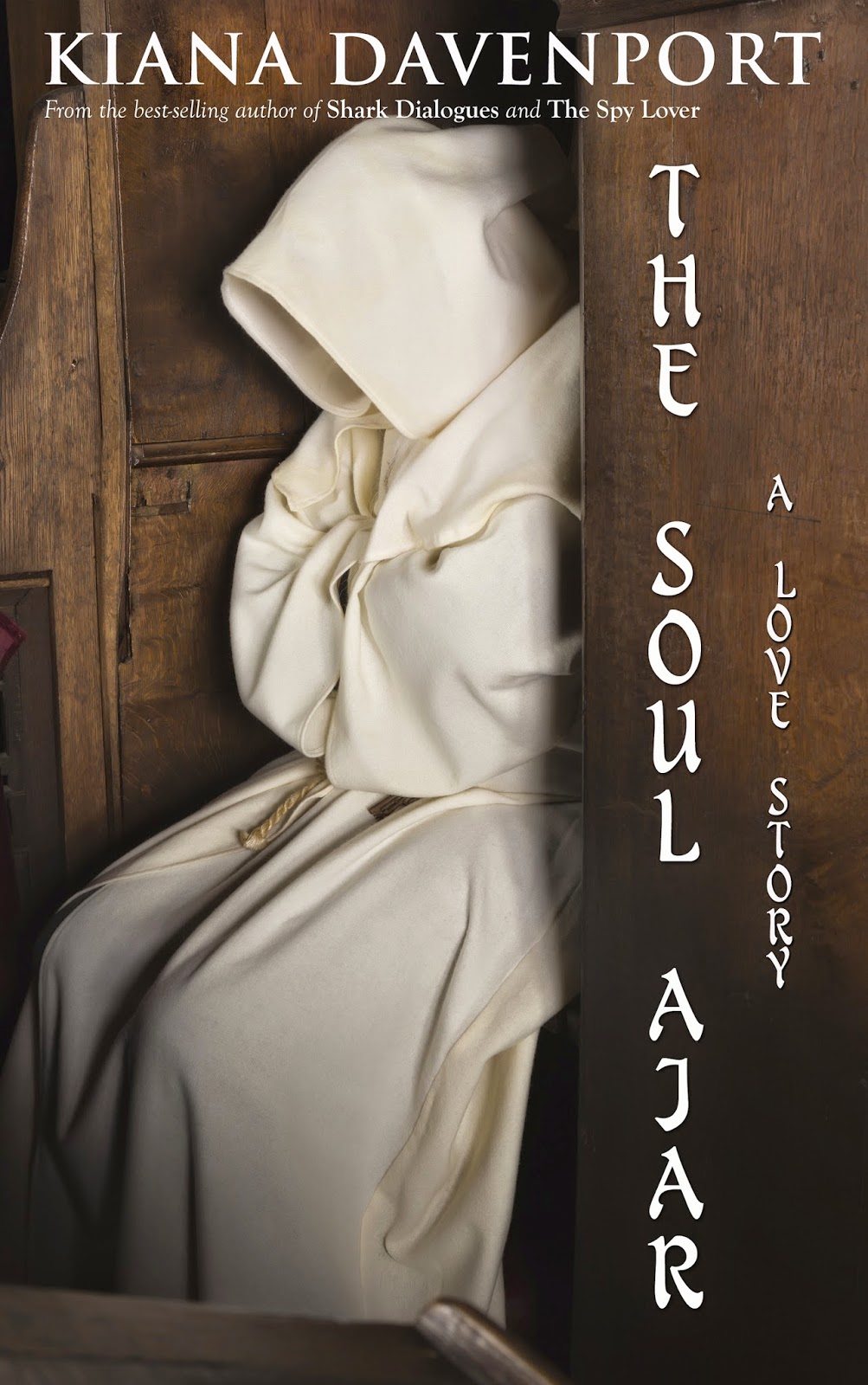 Posted by Kiana Davenport at 8:49 PM